What is an Example of Punitive Damage? 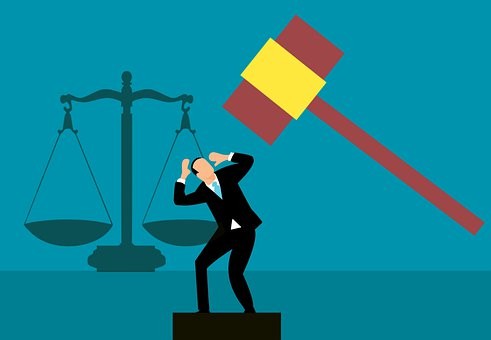 Here are some cases in which punitive damages might be awarded:

Defective product liability cases result from a company selling a product when they know that it might be defective or harmful, and they still decide to go ahead and sell it. A judge might order them to pay punitive damages if it can be proven that they acted negligently when they decided to put these products for sale.

In other cases, it might be individuals who are ordered to pay punitive damages. This is for having acted in such a negligent way that they caused injuries to someone else. For example, punitive damages may be awarded to victims of a drunk driver who caused injuries or even death to those around them, whether other car drivers, bike riders, or pedestrians.

What is the main reason why punitive damages are awarded?

In cases where punitive damages are awarded to the plaintiff or plaintiffs, their main objective is to make an example of the actions carried out by the negligent party and to make others who might have behaved in the same manner think twice before engaging in such activities. Thus, although the plaintiff does receive this money, its primary purpose is not to compensate the injured victim but to set an example and punish the defendant.

How can I know if my case will qualify for punitive damages?

When you first talk to a personal injury lawyer, you will want to understand the damages you might expect to collect from your claim. Your lawyer might explain to you all about economic and non-economic damages. You would be able to recover your losses and get an amount to cover your pain and suffering.

Your lawyer might also explain that punitive damages are never awarded on their own and are not a given in all personal injury cases. Instead, the court must assess the facts of the claim and measure the actions carried out by the defendant. If the court concludes that the defendant's actions were reprehensible, you may receive punitive damages.

How does the court determine if a case qualifies for punitive damages?

To do so, the court will look for these factors:

● That the plaintiff is entitled to receive economic and non-economic damages. That enough solid evidence has been presented to back up this claim and justify the award of these damages.

● The defendant indeed acted in a significantly more negligent way and that their actions were reprehensible, intentional, or malicious.

Once punitive damages are deemed appropriate for the case, the amount associated with them will be in relative proportion to the other damages received. Personal injury lawyer Timothy J. Ryan wants to remind you that punitive damages might be capped depending on the state where you live.