A Call For Help: Know What Institutional Abuse Is All About and How to Deal With It 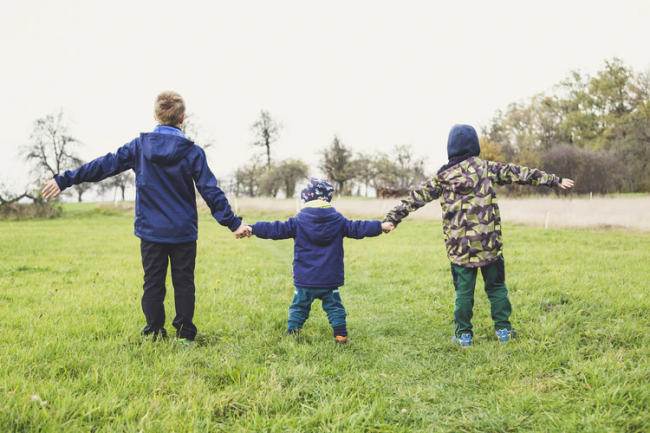 (Photo : A Call For Help: Know What Institutional Abuse Is All About and How to Deal With It)

When people hear the word "abuse," it is often correlated with what is happening within the private sphere, usually within the home. However, abuse has evolved, that it can even happen in places that are supposed to give care and comfort. Hence comes the concept of institutional abuse.

What is Institutional Abuse?

Institutional abuse (or also referred to as organizational abuse) can take various forms, such as maltreatment, occurring in institutions where an imbalance of power exists. It is usually done to children or the elderly in settings that are not expected to be spaces for neglect and abuse.

Although this has been a concept that has been newly introduced, several countries, particularly Australia, have acknowledged that institutional abuse does indeed exists. It is an issue that needs to be addressed and put into the light for victims to come forward and for human rights advocates and personalities to put more focus and attention to.

What are the different kinds of institutional abuse?

The Royal Commission into Institutional Responses to Child Sexual Abuse has launched its five-year inquiry into the abuse happening inside religious institutions. These institutions are not limited to the church and include schools, orphanages and outreach missions, presbyteries and rectories, confessionals, and other religious settings.

Abuse within these religious institutions takes many forms, including rape, and is often accompanied by emotional and physical abuse. Most of the acts committed by people who are supposed to be in authority are priests, brothers and sisters within the church, ministers, elders, religious education teachers, youth leaders, and others.

Thousands of children in Australia are found in the current out-of-home care system.

This system is where children exposed to neglect and are situated in an unsafe family environment are placed with alternative caregivers on a short or long-term basis. These placements are mobilized when statutory intervention is commenced to gain custody of the child by the child protection system and the courts.

Supposedly, at the heart of these legislative-established contemporary out-of-home care institutions is the "best interests" principle. Wherein every step and action made concerning establishing the framework and guidelines, the child's best interest should be of primordial consideration. However, despite this intention, abuse still exists in such a system.

The features provided for out-of-home care settings have been taken advantage of by child sexual abusers, such as foster carers or residential care workers. When the victim is put in the custody and care of a perpetrator, the proximity between child and carer enables the latter to commit not only sexual abuse but also physical abuse and neglect.

Even in institutions that are supposed to be a space for fostering knowledge, support, and protection from harms that children experience back at their own homes, abuse can still happen, particularly in the education system.

Sexual abuse committed against children in schools reflects a big problem. One in three survivors (or 2,186 survivors overall) has shared in private sessions with the Royal Commission that they were abused in school as a child. Furthermore, sexual abuse has been reported to be happening in 1,609 schools across Australia.

One looming problem within educational institutions is the failure to act when a child discloses any act of abuse or violence done upon him or her. This gives more premium to males perpetrators seeking more power to commit such violations in a setting where a strong sense of obedience and speaking up has developed into becoming a taboo.

Perpetrators use various tactics and strategies within the education system to facilitate sexual abuse against children, including grooming. In private sessions, survivors have also disclosed that the abuse has been done in different school locations, such as school grounds, school activities, and other related settings such as a teacher's home.

Besides children, elders are also considered vulnerable to abuse perpetrated by carers and other authority figures in residential homes and therapy centers.

As provided by the World Health Organization, elder abuse is a single or series of acts or omission of proper action, which occurs in any relationship where there is an expected level of trust that causes direct or indirect harm or adverse effects to the elderly. Elder abuse also entails different acts done against older people, such as physical, psychological, sexual, and even financial abuse.

The known factors that contribute to abuse among the elderly are:

How To Deal With Institutional Abuse

There is no general formula for responding to institutional abuse, as the different kinds presented must also need specific types of interventions.

There have been policies instituted and government bodies that provide intervention when it comes to institutional abuse. The Royal Commission into Institutional Responses to Child Sexual Abuse, established in 2012 by the Australian Government, was set up to look into private and public institutions' failures in protecting vulnerable children and elders.

Upon the Royal Commission's recommendation when it conducted private sessions wherein survivors shared their accounts on institutional abuse, the National Redress Scheme was implemented. This scheme provides survivors options in seeking compensation. These options are a) a claim under the scheme and b) damages claims.

Individuals and institutions can also do their part in providing support and protection for victims of abuse. Policies should be implemented, or if already existing, should be strengthened in ensuring that disclosure by victims would not be swept under the rug.

Speaking up about institutional abuse may seem like a scary and impossible task, whether you are a victim yourself or witness such abuse. However, do not be afraid to seek legal representation and know that there are entities and mechanisms that you can ask for redress and protection from.